This year our plan was to go to Kurmun, Burdwan to see Gajon and Charak festival. This year the day of Charak or Charok fell on 14.04.2018 - Saturday !

Charak festival takes place in various places of West Bengal. It even takes place in Kolkata. To know the complete list of places - you can refer to a wonderful blog : amitabhagupta.wordpress.com or Charak from my previous post .

Gajan festival is associated with deities such as Shiva, Nil and Dharmathakur. Gajan spans around a week, starting at the last week of Choitro or Chaitra continuing till the end of the bengali year. It ends with Charak Puja. Participants of this festival is known as Gajan sannyasi or Bhokta. Tomorrow is Bengali new year day. It is a marker of Poila Baisakh.

But we learnt at the last moment, that Charok in Kurmun is over by 13.4.2018. So there is no point going there. We got a very valuable input from Srikumar Babu - an expert on festivals of West Bengal that a very interesting and unique Charok takes place in Batanal near Aram-bagh and not very far from Tarak-eswar. We left at around 10.30 by Tata Winger am and reached at around 3 pm after having our lunch on the way. We were 8 in our group. 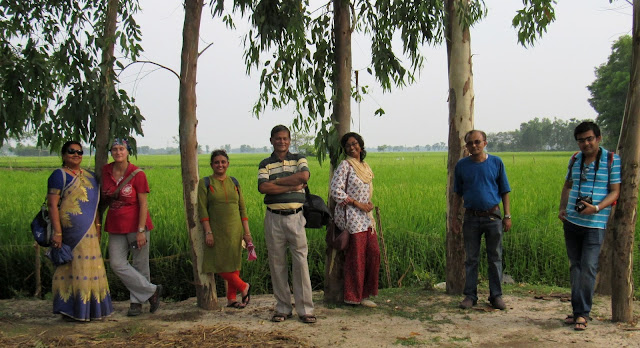 When we reached there, it was empty. We had some time to roam around the village. 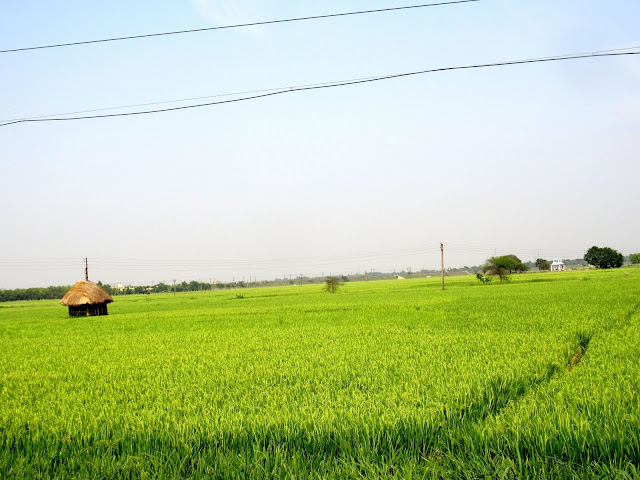 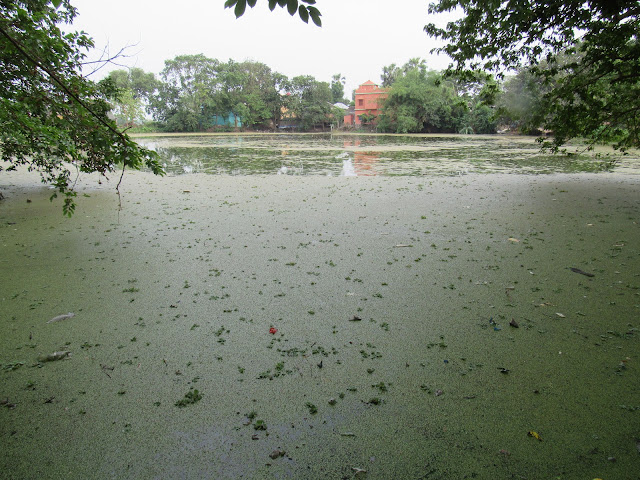 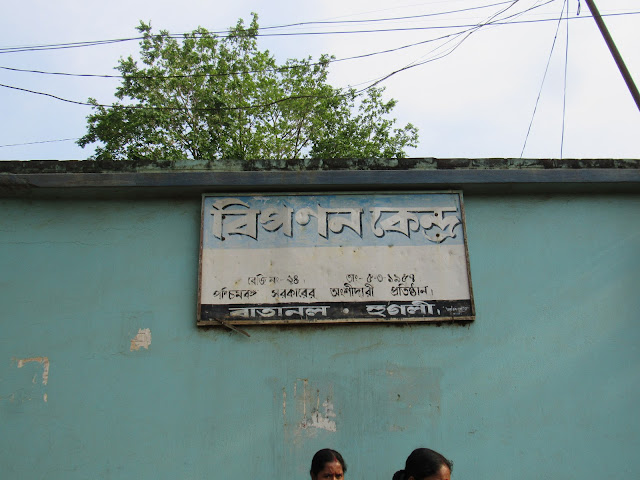 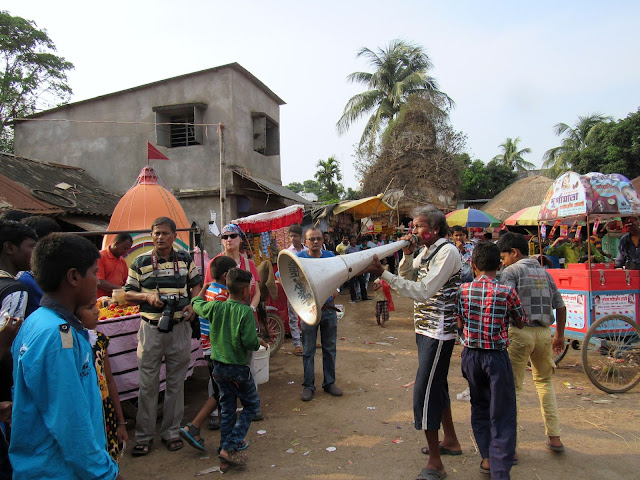 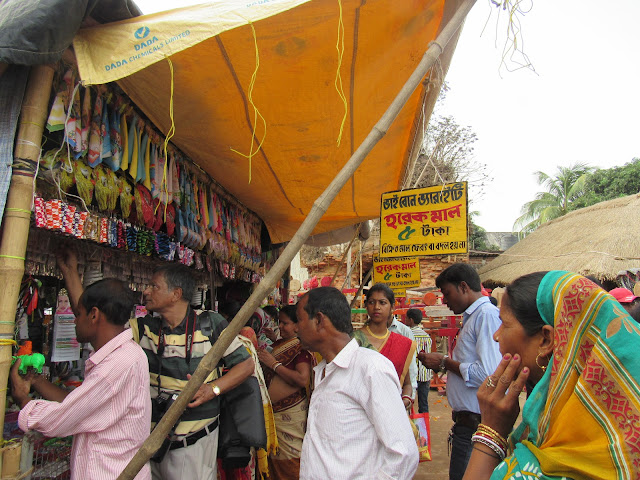 The word gajan in Bengali comes from the word garjan or roar that sannyasis (hermits) emit during the festivities. (source: Wiki) . The term sanyasi is used for all active participants like an honorific and is not to be regarded as a caste marker. These sanyasis are not Brahmins. Charak sanyasis lead the life of celibates for a fortnight. They live on the temple premises all day long. (Italics part is from https://www.telegraphindia.com )

In Bengal Dharmathakur is generally worshipped by the scheduled cast like Bauri, Bagdi, Hari, Dom. Dharmathakur may have been originated from Dharmaraj of Buddhism. Although Dharmathakur is identified by a shapeless stone (as seen in Bankura) and its Vahana is represented by terracotta horses , there have been instances where Buddha idol has been worshipped as Dharma Thakur in villages of Bankura. There are still villages where both Dharamraj and Shiva are placed with Gajan offerings.

Gajan is actually linked to persons who are related to agricultural community, directly or indirectly. They pray for the rains and better harvest. Lord Shiva is said to be closely related to this community. It may be worth noting here that Dharmathakur is actually considered to be the God of Fertility.
(source : amitabhagupta.wordpress.com)

Charak Puja (also known as Nil Puja) is a Hindu folk festival, held in southern Bangladesh and West Bengal on the last day of the month of Chaitra . Similar festival in Maharashtra is called Bagad, while in Vizianagram, Andhra Pradesh it is called as Sirimanu utsavam.

People believe that the festival will carry prosperity by eliminating the sorrow and sufferings of the previous year. The festival is actually a festival to satisfy "Lord Shiva", the great "Debadideb" of Hindu Religion.

Though the festival takes place on the mid night of Chaitra Song-kranti, the preparation phase usually starts before one month of the day. Chaitra Sankranti begins on 14th March of every year.

It is difficult to pinpoint when Charak was initiated and by whom, but what is known is that in 1860, the British had attempted to enforce a ban on the practice. In a paper titled "A Barbarous Practice: Hook-Swinging in Colonial Bengal", Aniket De points out that a little less than a 100 years before that, Baptist missionary William Carey wrote about witnessing the ceremony. Sometime in between, in 1829, Ram Comul Sen, secretary of the Asiatic Society then, described it thus: "The word Charak is derived from Chakra or Charaka, which means a circle [possibly a tangential reference to the circle of life, the cycle of seasons]... It is a festival improperly termed by many Charak Puja, perhaps from the notion that every ceremony observed by the Hindus of Bengal, is a puja or religious worship..."
In the 1862 account of Calcutta's high society, titled Hutom Pyanchar Naksha (or Sketches By Hutom, The Barn Owl), Kaliprasanna Singha mocks: "Although he is of a lower caste, he has been elevated by virtue of following ascetic practices over the past few days: our master had to fall at his feet and show him respect."
Charak is observed to date in Bengal. The ceremony constitutes practices that are largely about inflicting pain on the self. Apart from the rigorous fast, there is pitphoron or piercing one's back with hooks, jibaphoron or piercing the tongue, agunkhela or walking on burning coal, swinging from the Charak gachh or pole and mara khela or dancing with human skulls.
In nearly every place, men swing from hooks attached to ropes tied around the Charak tree, which is actually a pole. We are told how their backs are rubbed with milk and mashed bananas so the hook can slip into the skin with ease.
The whole point of Charak is apparently to appease the gods with gut-wrenching penance so they send plentiful rains, bounteous crops. But the onus of active divine appeasement lies squarely on those way down in the caste hierarchy - no doubt by clever human machination.
Says Ashok Kumar Kundu, an expert on rural folk festivals, "It is practiced only by the lower castes. In olden times, when the Brahmins turned out the marginalised people - Bagdi, Dolui, Haadi, Dom, Muchi - from the temple, they created their own gods.....Today, Charak has become part of folk tradition
(source : Italics part is from https://www.telegraphindia.com )

Everything started around 4 pm and we left for a place near the main Charak , where you can see " Babui Jhak" and also the piercing is also going on. 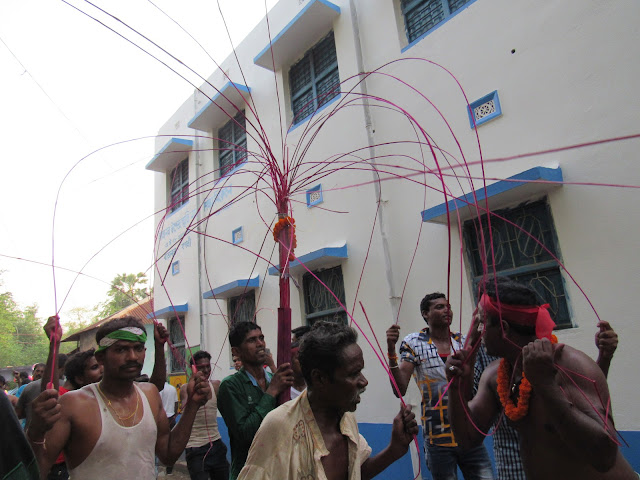 Then they leave for main ground where Charak takes place, after the piercing is done. Unlike Baghna-para, Kalna, the piercing results in some blood oozing out . The piercing instrument is different here. 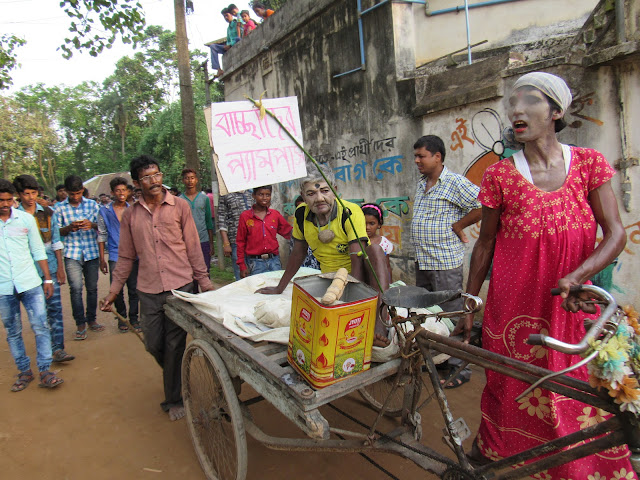 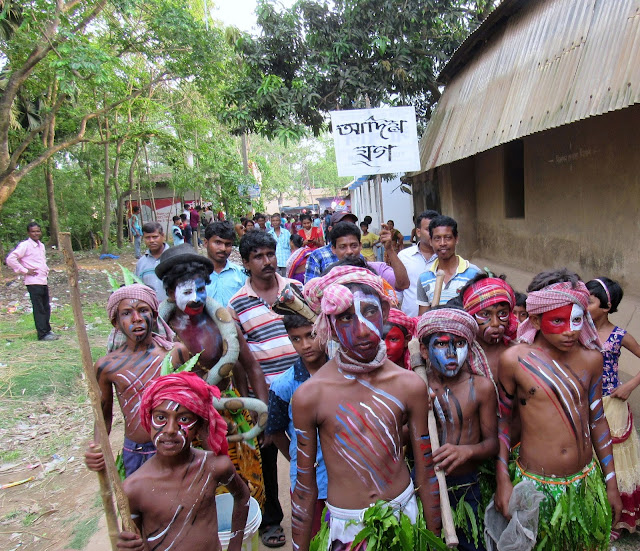 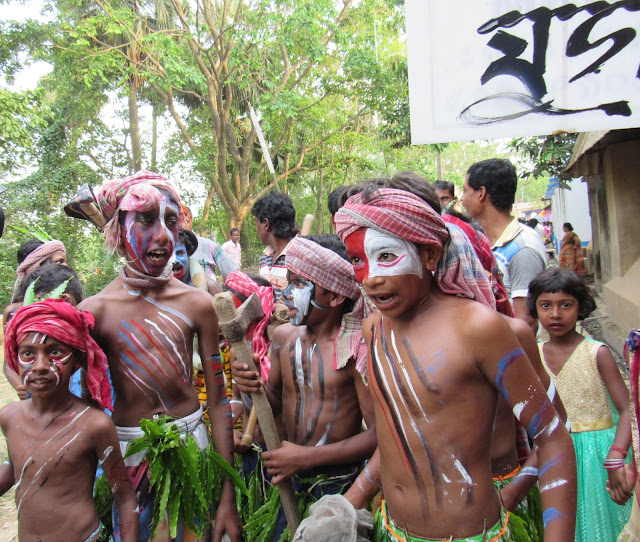 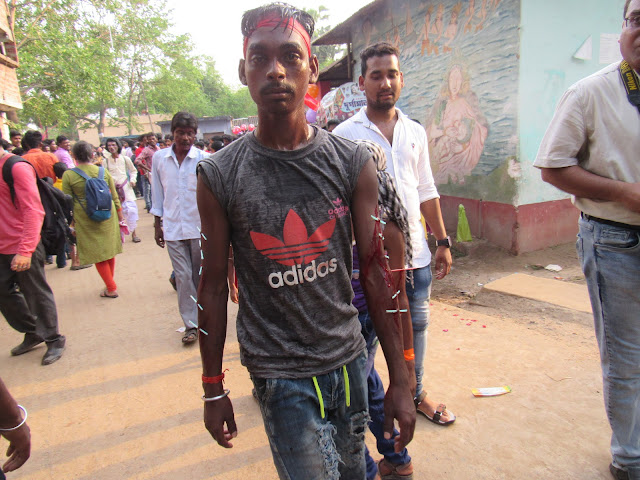 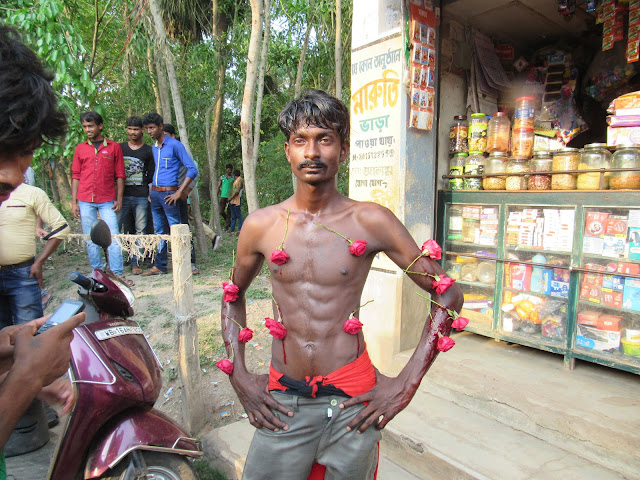 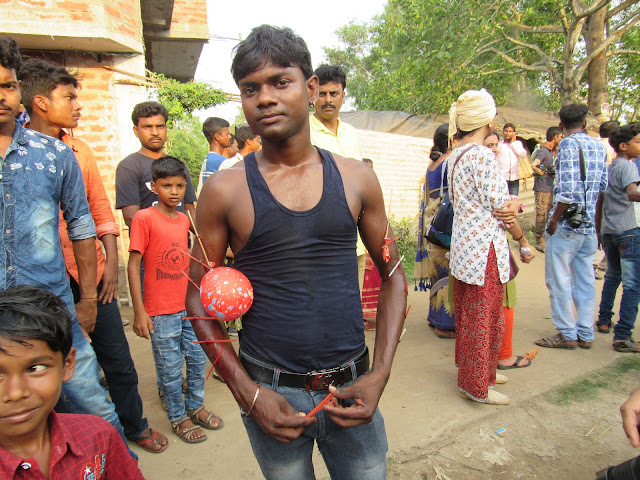 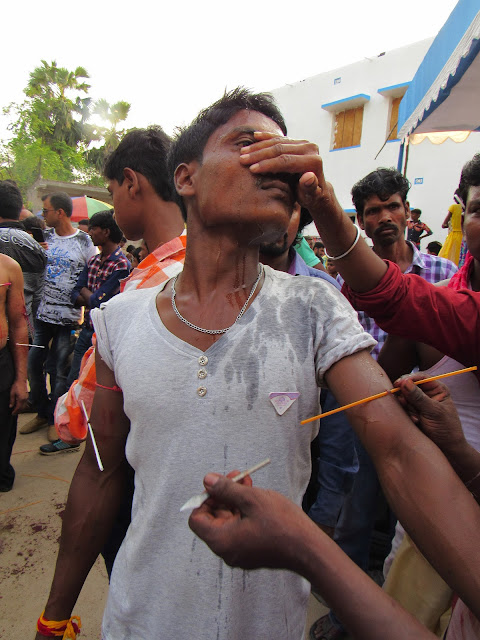 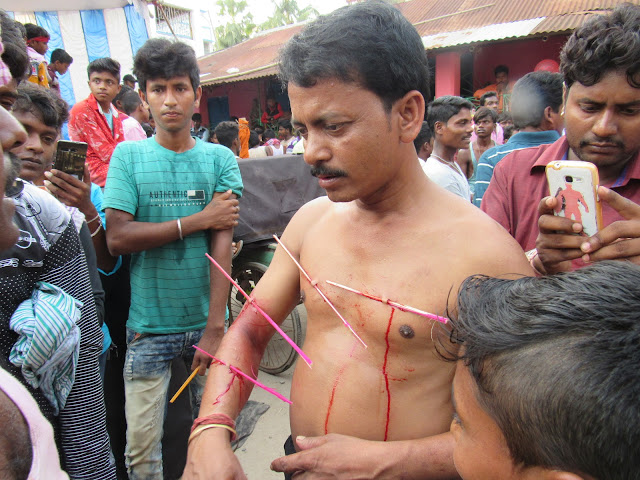 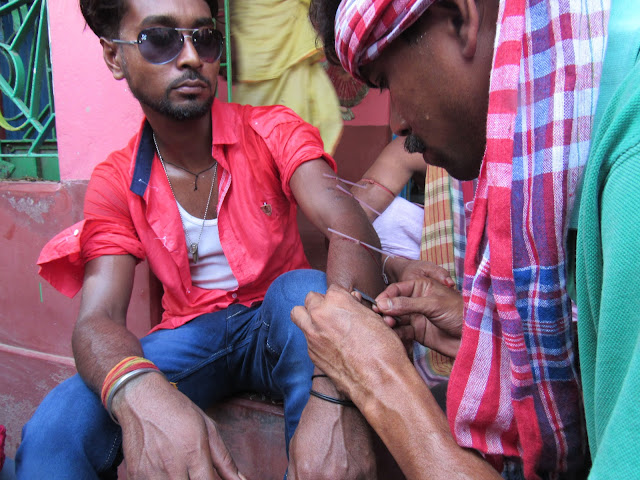 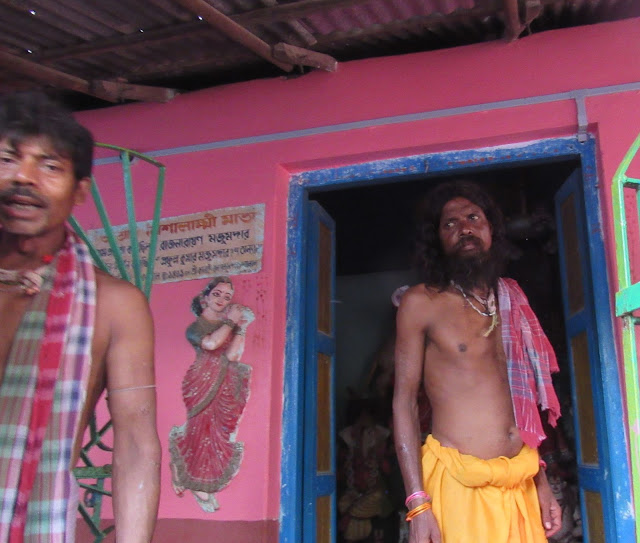 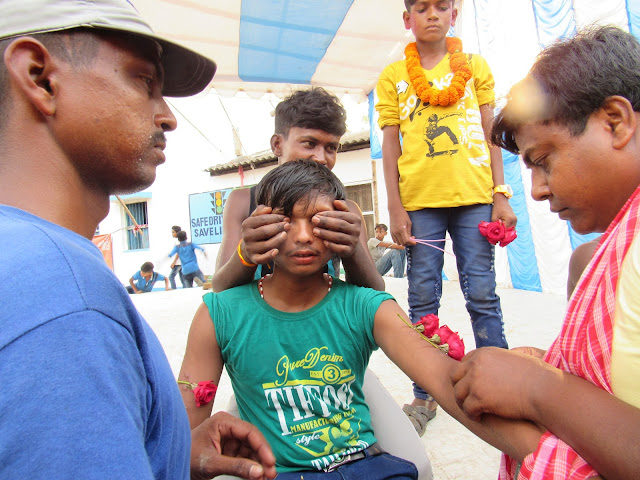 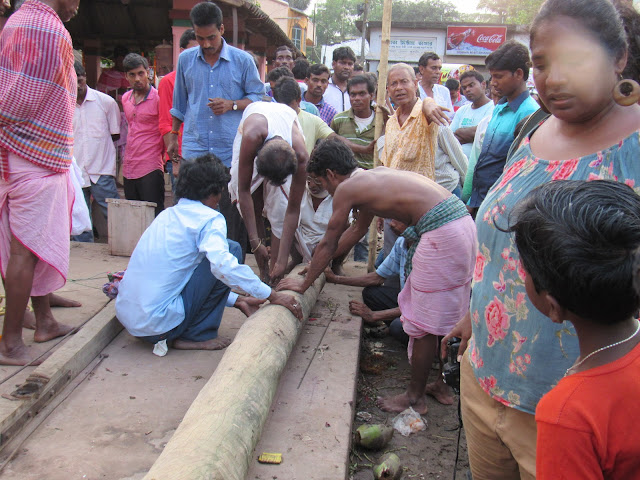 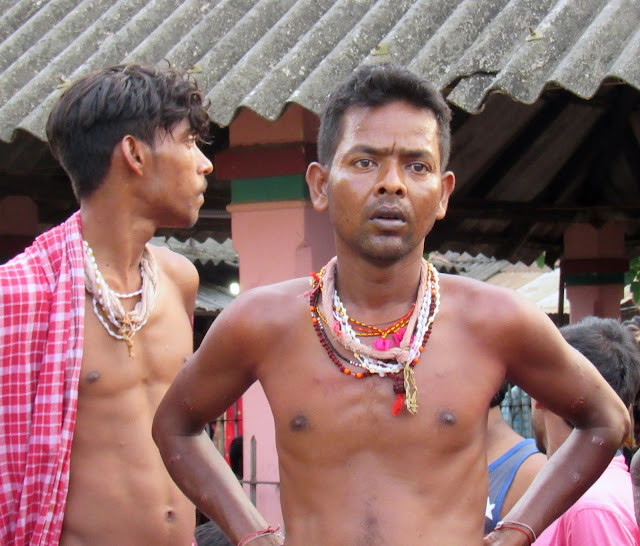 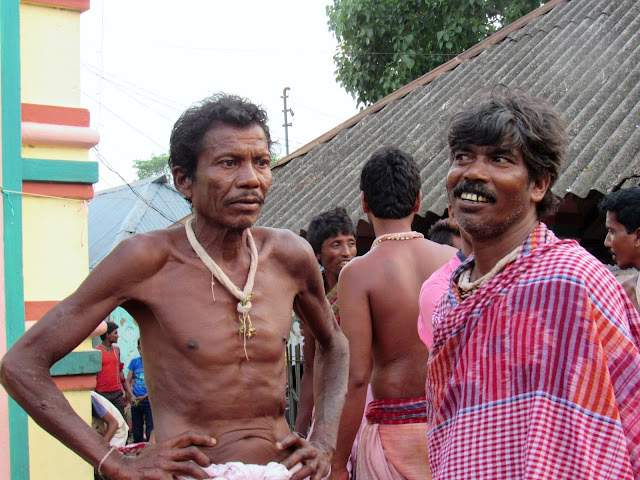 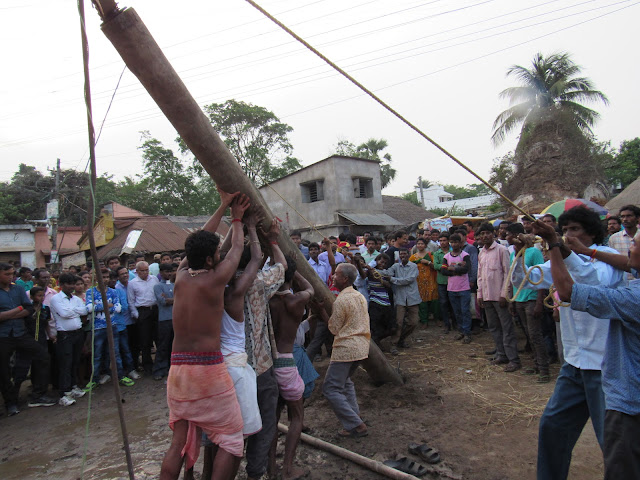 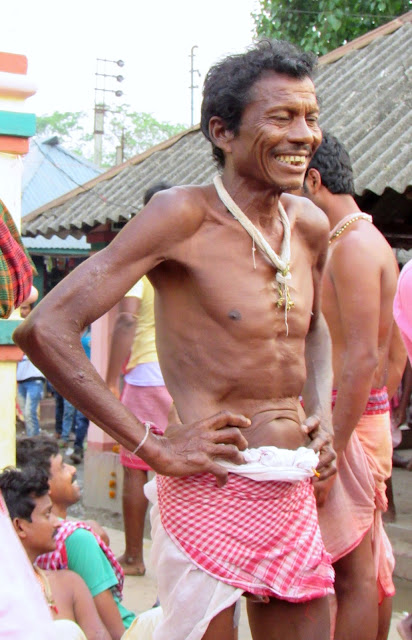 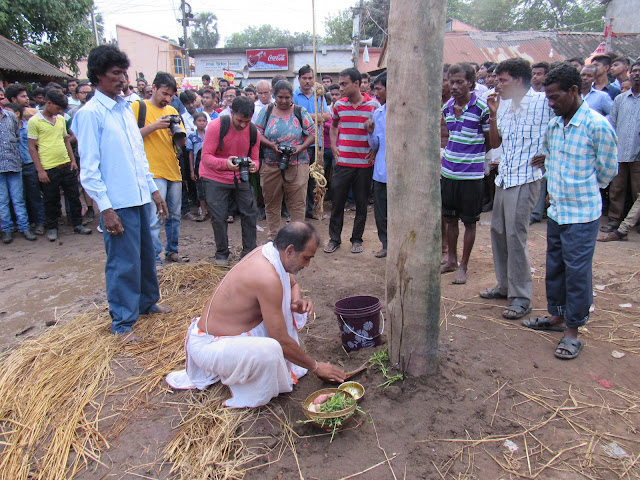 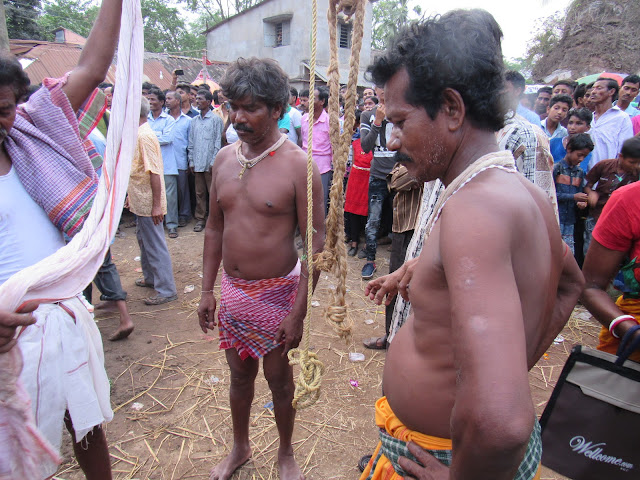 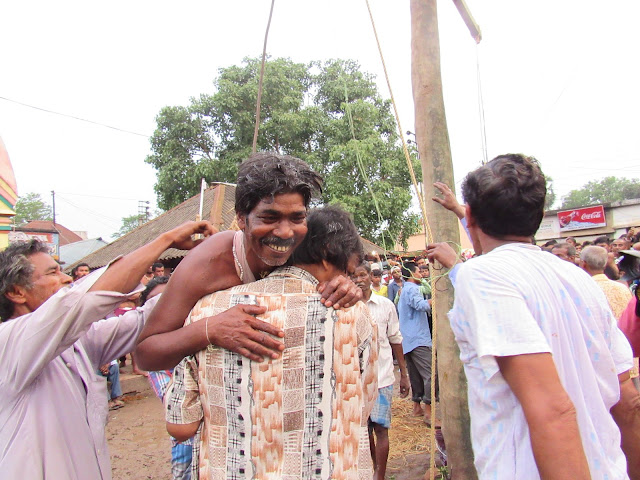 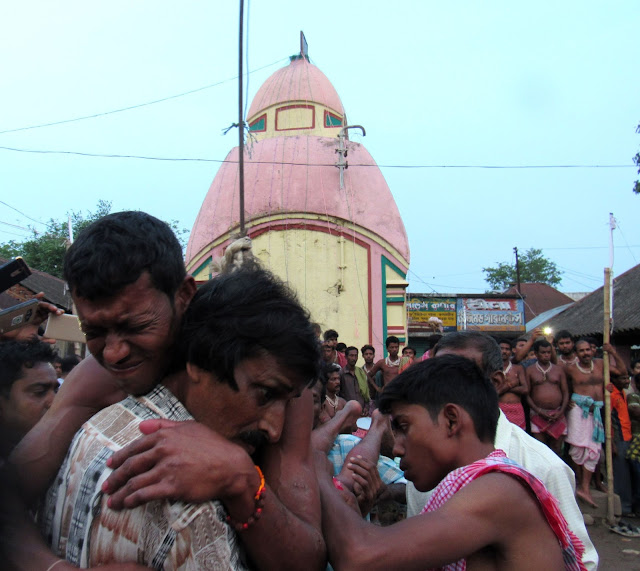 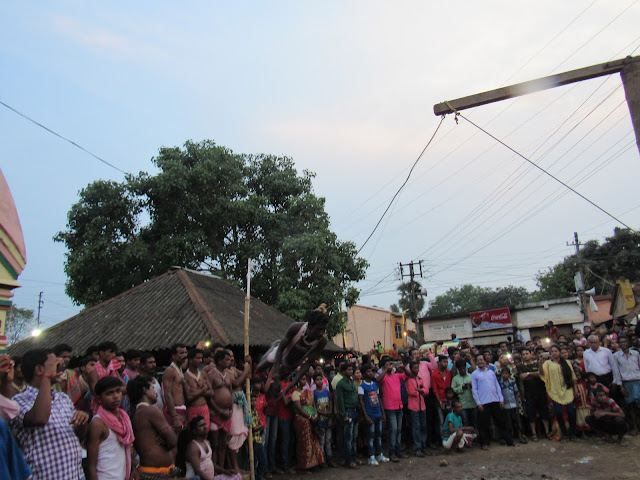 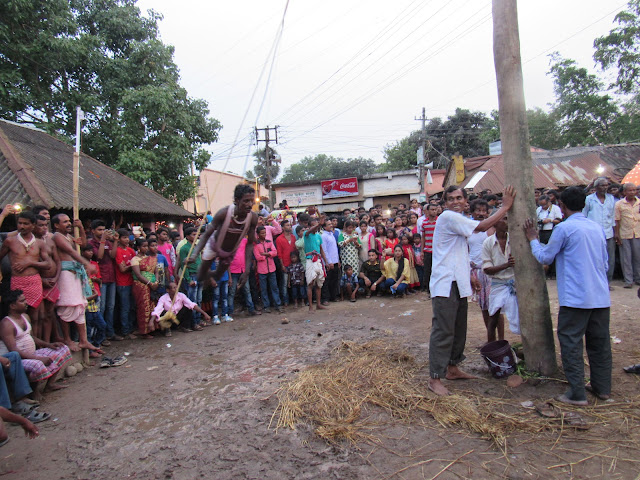 Samixa said...
This comment has been removed by a blog administrator.
Thursday, July 25, 2019

I’d propose it to every single person obtainable who is confronting the equal issues! design company website

I am surely surprised how top notch offerings they provide at a very informative platform! zimpler casino utan svensk licens

They built a strong partnership and they continue to work together. Die Stoffwechsel Formel