Email ThisBlogThis!Share to TwitterShare to FacebookShare to Pinterest
Labels: Corruption 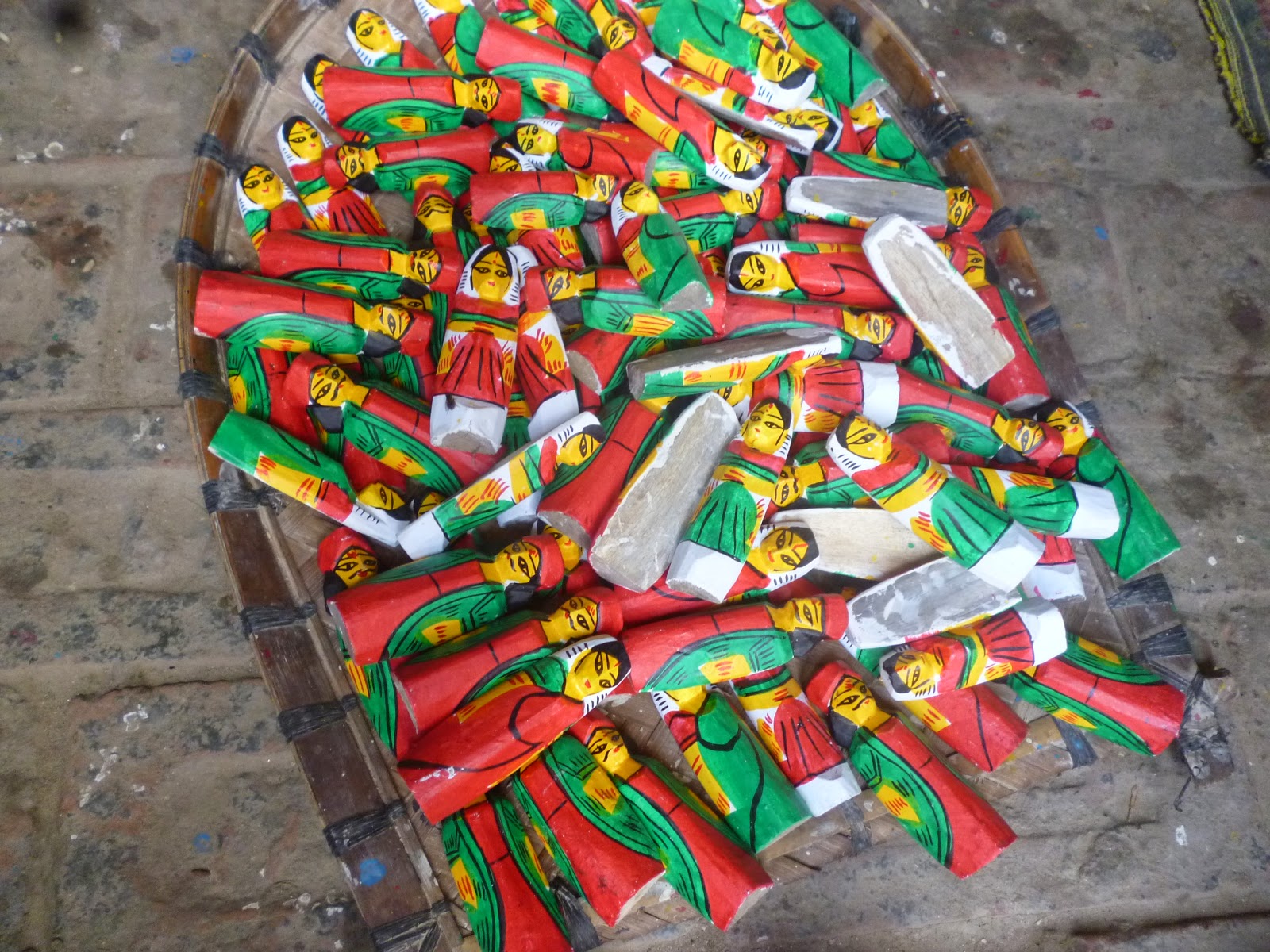 We (Mohua, Phejin and I) left for Nutangram or Nutan Gram or Notun Gram. It is in Bardhaman district.It is a famous for its woodcarving cluster producing the long-established wooden products for generations. I was planning to go this village for quite some time. There are some early morning trains from Sealdah. Since we had some important work to do , we left for Agradwip (name of the station) from Howrah.There are trains between platform no. 1-6 (old platform) . There are trains at 2.30,3.15,4.00 and 5.05 . We took the 5.05 pm train and reached Agradwip at 8.10 pm. It is on Katwa line, after Nabadwip. We are received by Bijoy Sutradhar (M - 7872 21 47 36) at the sation,one of the most famous artisans of the village. We went to his house by a van rickshaw (You can also go there by auto rickshaw). We stayed at his house (homestay @ approx Rs 500 per person per day - including food. We were told it will go up). They have a very basic room with clean squat toilet. 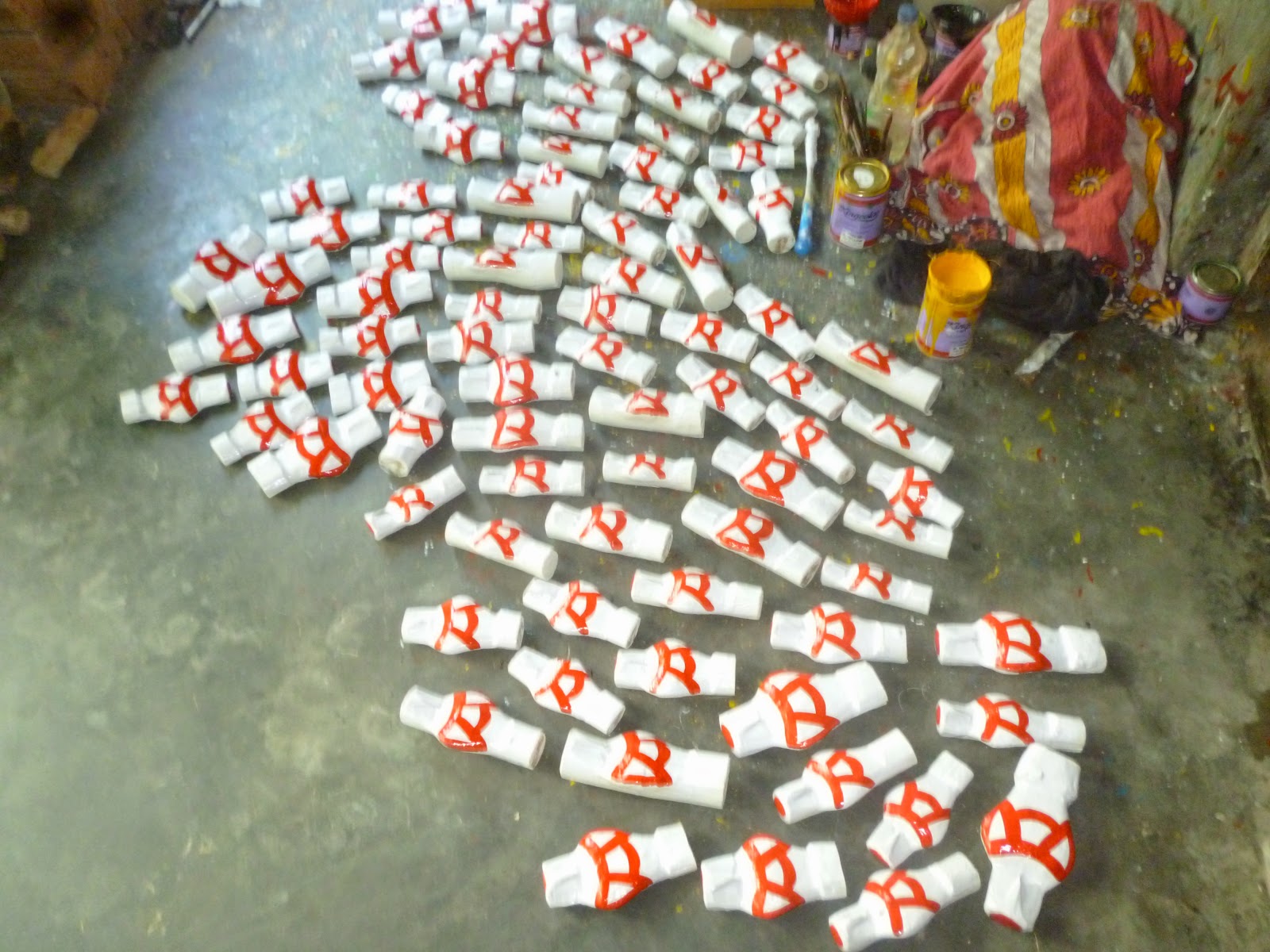 There surnames are Sutradhar (Bhaskar is their earned surname). Natun Gram specializes in making the wooden owl; traditionally considered auspicious for homes as it is the 'vahana' or escort of the goddess Lakshmi. There are around 82 households and 300 artisans working on these owls and Raja-Rani (king and queen) etc who have kept this art alive. Using simple tools like hand saw, hammer, drill and chisel, the men cut and carve the wood and the women give it a fine finish and paint it. Getting the raw material, mango wood / Gamar wood / Mehagani wood, is a troublesome task. The logs have to be sawed down from the nearby forest and brought to the village. The state of West bengal is gifted with the skills of multi crafts. It is important for a warrior and the family belonging to high status to have a wooden carving at the entrance of the gate or the door. 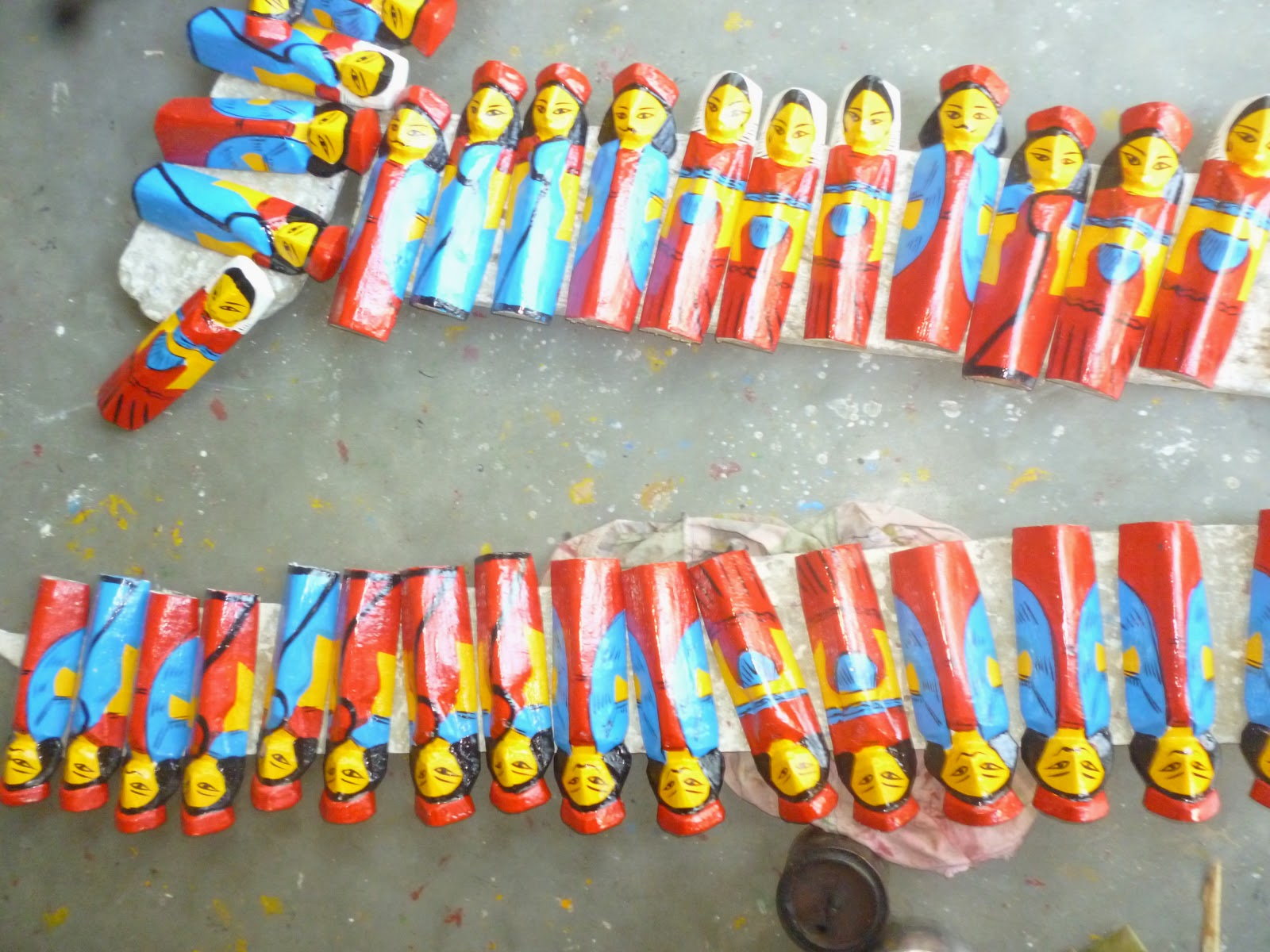 When we reached their, it is pitch  dark. There was no light absolutely. We have never seen such darkness for many years. It is one of the most remote villages, I have traveled recently .

We took our dinner and after chatting with them went to sleep early. The weather is very pleasant there. We got to know that to take their products to Kolkata they have to hire Tata mini van 407 and pay Rs 6,000 for the journey. They said that if they had a van on their own, they would have been able to make more profit since most of their profits are eaten by transportation cost, more so , since they have to go on bribing the policeman on the way to Kolkata. We were told that their unique style of Owl germinated from one Haripada Roy Chowdhury who came to their village in 1958. 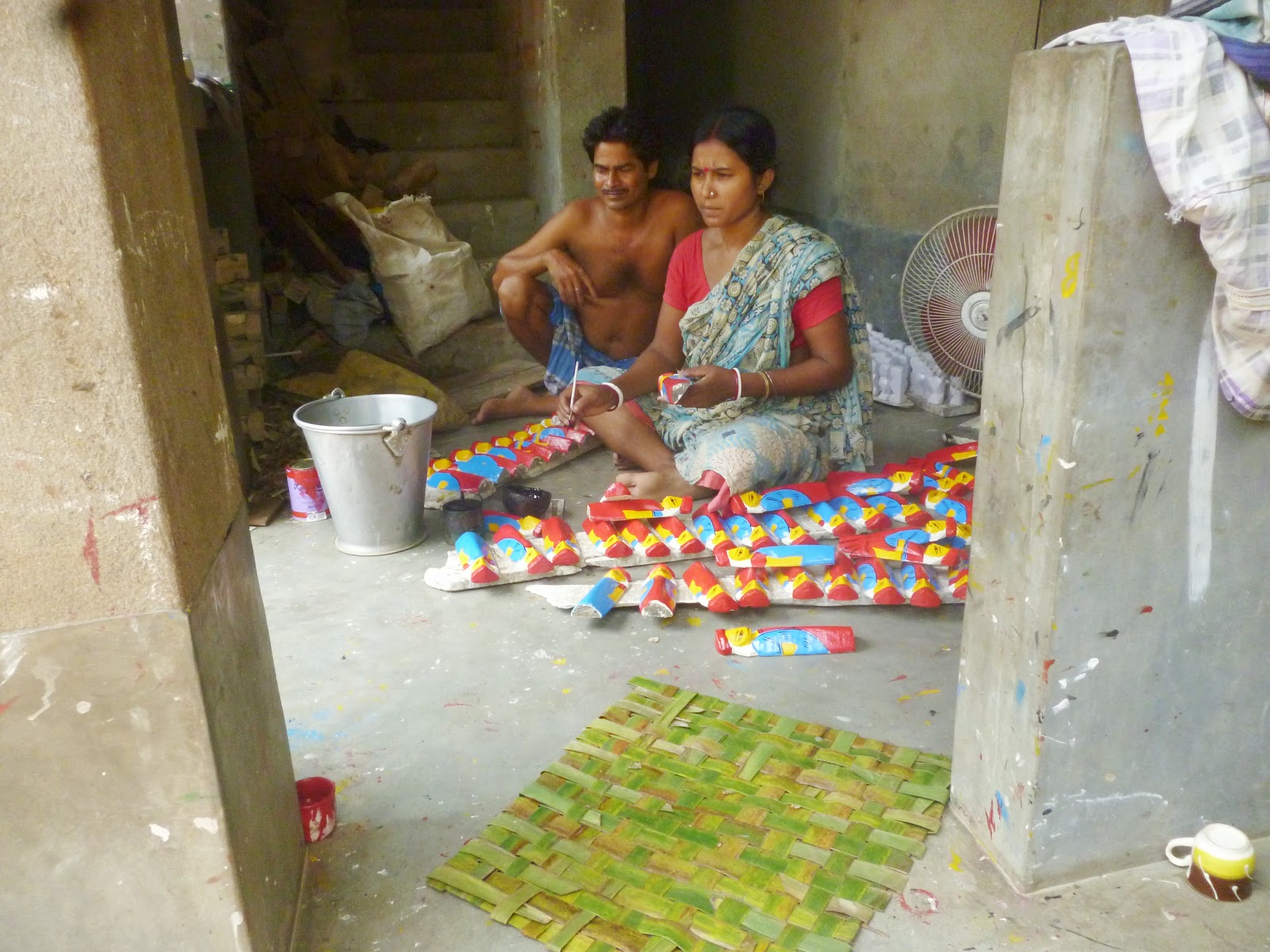 We went to roam around the village after taking our breakfast of Luchi and Alurdam. We went to see the houses of the artisans and saw them making intricate designs with the wood. We saw some children playing around with "Ranpa" 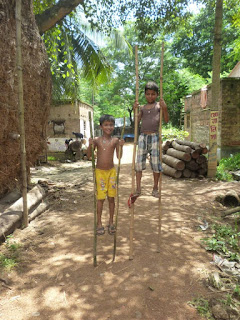 It is absolutely calm and quite and indeed  far from the madding crowd - since it is so far from Kolkata. There is no cacophony of rickshaw, mike,auto,cycle which we associate with a typical village. We went to see the Kathia Babaji Ashram in 'Natun Gram Ashram' . 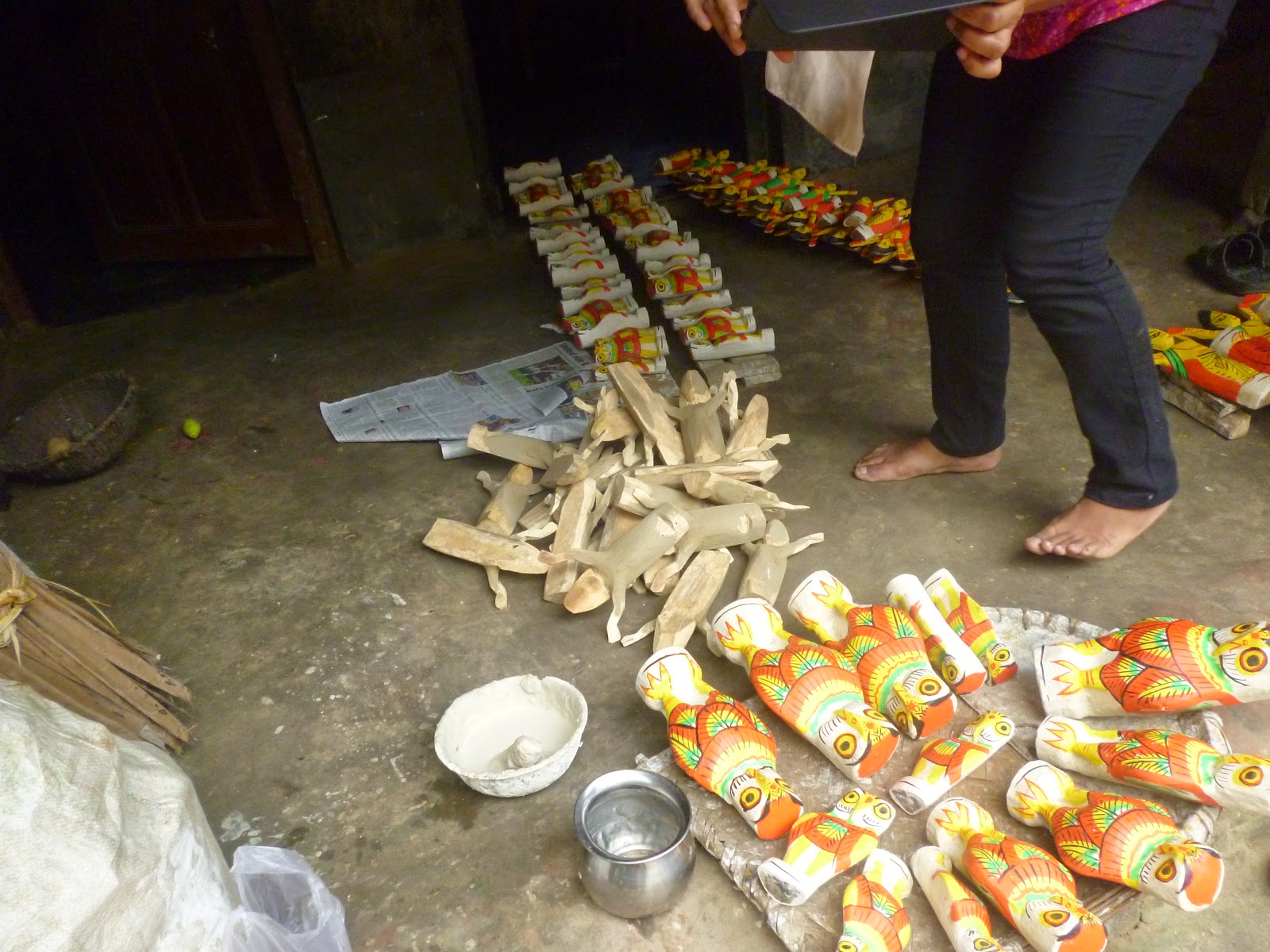 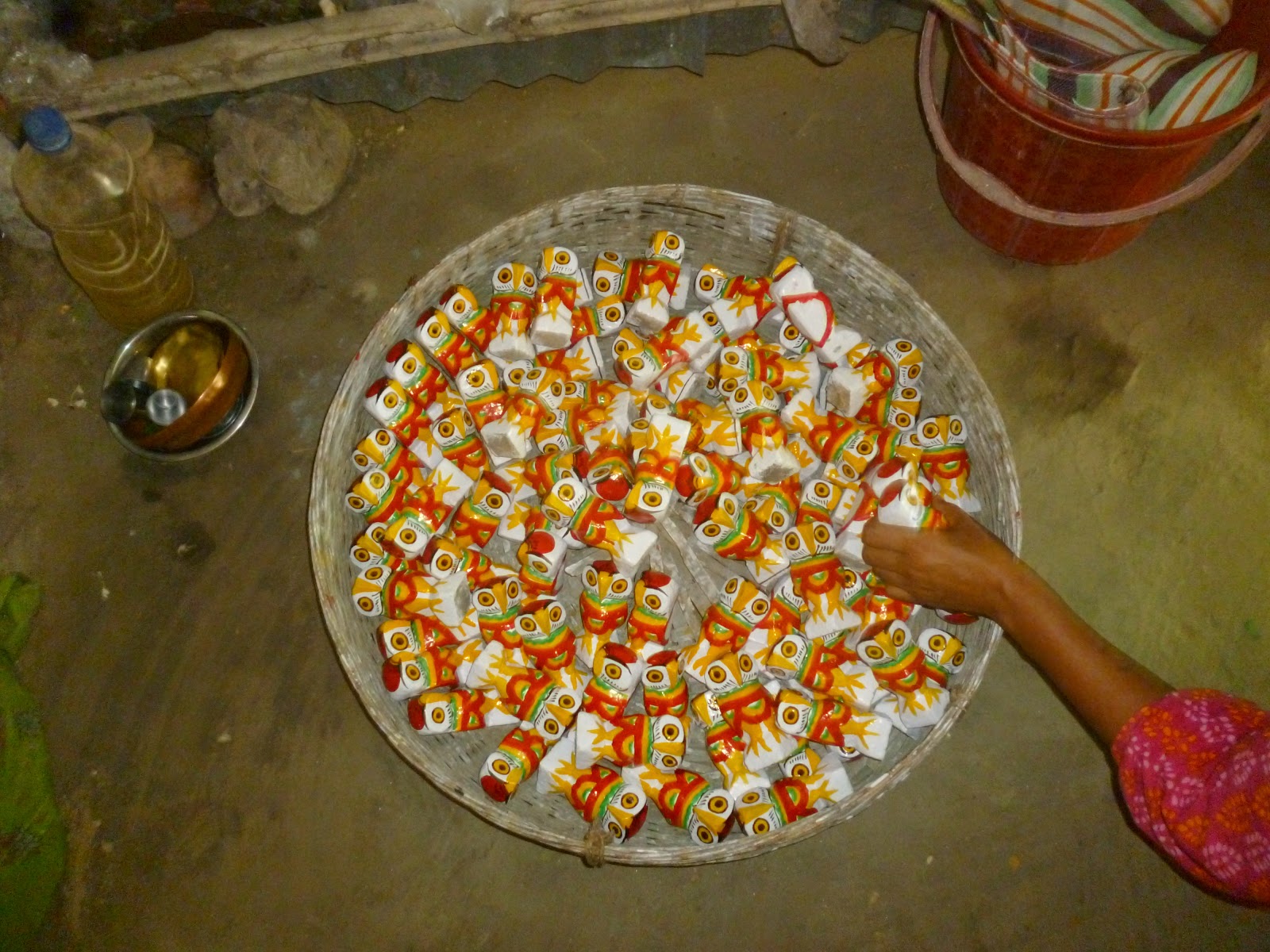 Patuli station is near the Ashram. Patuli is 40th Station from Howrah and Agradwip is 41st Station. We bought different things from different artists workshop. Agradwip was an island of Bhagirathi in ancent time. That s why it was called Agradwip. But now it difficult to realize that Agradwip is an island.Agradwip is a small agrarian village. Bhagirathi river flowing near the village and made arable land for farmer. Weather is perfect for farmer and other resident. It located near Katwa town. Agradwip is famous for its mythological background of Gobinda Ghosh who introduced the famous "Agradwip'er Mela' beside the bank of Bhagirathi River and historical background of Ganga Kishor Bhattacharya who introduced first press at the time of British movement.

Before leaving for station , we met Malay of Banglanatak.com and with him I went to see the Dilip Sutradhar’s house beside the paddlyfield - where they are staying. Probably I will come again to stay at this place.

After having  a wonderful lunch we left by auto rickshaw for catching the train at 3.20 pm and reached Kolkata at around 7.30 pm. Since it is far from the madding crowd - there are not too many people in this village .

To see more pictures go to Nutan Gram in FB

How to go there