Kolkata was founded by Job Charnok in 1690. It was formed by amalgamtion of three villages called Govindapur (near Fort William), Kalikata (near Dalhousie Square) and Sutanuti (near Sovabazar).
Why I love Calcutta?
Kolkata is the home of 's Nobel Laureates: "Rabindranath Tagore", "Mother Teresa "and "Amartya Sen". All others are connected to Kolkata one way or other.
* Kolkata is the "Third largest city" in the country, with a population of 5,080,519 and world's 8th largest metropolitan area as defined by the United Nations.
* Kolkata has the second largest cricket stadium in the world, "The Eden Gardens", the biggest in .
http://picasaweb.google.co.in/bomadg/KOLKATATHECITYOFJOYWestBengalIndia#5402439153464124930
* It has the world's third highest capacity football stadium and the biggest football stadium in , "The Salt Lake Stadium".
* The "Cricket and Football Club - CCFC" in Kolkata is the second oldest cricket club in the world.
* It boasts of having the very first "Metro" in , that too at a time when the very thought of having metro trains in were impossible.
* The one and only home of the "Trams" in .
http://picasaweb.google.co.in/bomadg/KOLKATATHECITYOFJOYWestBengalIndia#5402810363906592594
* Kolkata has the largest open park, "The Maidan", third in the world after state park and the Hyde park in .
http://picasaweb.google.co.in/bomadg/KOLKATATHECITYOFJOYWestBengalIndia#5402811131313507554
* 75% of the players in the Indian "Football" team is from Kolkata and is the home of major leagues and tournaments, having the best football clubs in along with the IFA-The Indian Football Association.Mohun Bagan Athletic Club -the National Club Of India is one o
f the Oldest Club in Asia, was established on 15th August 1889
* It is the home of 's Oscar winner "Satyajit Ray", considered by many film makers, Western and Eastern alike, to be among the four greatest directors of film history.
* Kolkata is the home of 's only Olympic medal winner in Tennis, "Leander Paes"
* The "Royal Calcutta Golf Club (RCGC)" is the second oldest golf club in the world, which was established in 1829 in Kolkata.
* Kolkata is the main business, commercial and financial hub of eastern and the northeastern states. It is home to the "Calcutta Stock Exchange" - 's second-largest bourse.
* Kolkata houses "The Asiatic Society", "The Indian Statistical Institute", "The Indian of ", "The Saha Institute of Nuclear Physics" and the first IIT of nearby.
* The first post office was established by East India Company in Calcutta in 1727. This was shifted to the Court House building in 1762. This makes the Calcutta GPO the oldest post office in India. 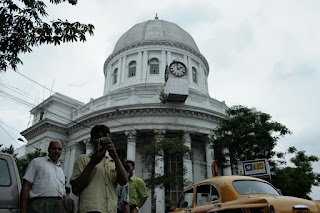 * Kolkata has one of the grandest colonial architectures in the form of Victoria memorial. 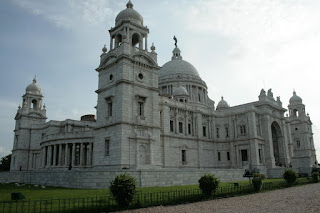 * Kolkata used to be called the city of palaces and was considered the 2nd capital of England after London
http://picasaweb.google.co.in/bomadg/KOLKATATHECITYOFJOYWestBengalIndia#5402810462761090210
* Kolkata high court used to be called the (first) Supreme court of India.
http://picasaweb.google.co.in/bomadg/KOLKATATHECITYOFJOYWestBengalIndia#5402810702241034434
* Kolkata has long been known for its literary, artistic and revolutionary heritage. As the former capital of , Kolkata was the birthplace of modern Indian literary and artistic thought. Kolkatans tend to have a special appreciation for art and literature; its tradition of welcoming new tal
ent has made it a "city of furious creative energy". The city also has a tradition of dramas in the form of jatra(a kind of folk-theatre), theatres and group theaters.
* The " " in Kolkata is the oldest museum in .
* Kolkata houses the "National Library of India" which is 's largest library.
* Kolkata has an eminent place in the history of American diplomacy as one of the oldest "American Consulates" anywhere in the world, and the oldest in .
* The "Indian Botanical Gardens" is home of the world's largest banyan tree (the banyan tree with the biggest girth), which is around 240 years old.
* "The Kolkata Book Fair" is the world's largest non-trade book fair, 's largest book fair and the most attended book fair in the world. It is the world's third largest annual conglomeration of books after the Frankfurt Book Fair and the London Book Fair.
http://picasaweb.google.co.in/bomadg/KOLKATATHECITYOFJOYWestBengalIndia#5402804982207109586
* "Bankim Chandra Chattopadhyay" was one of the earliest Bengali novelists and is popularly known as the author of India's first national song, "Bande Mātarom" (pronounced in Hindi "Vanderam").
* has been termed as the first modern university in the Indian subcontinent.
* The Bengal Engineering and , Shibpur is the second oldest engineering university in , although it is not directly in kolkata, but it's root is in kolkata.
* " ", Kolkata is one of 's oldest medical institutions.
* The first college for women in , the "" was set up in 1879 in Kolkata.
* The "Indian Institute of Social Welfare and Business Management (IISWBM)" was set up in 1953 as the country's first management institute.
* It is also the hometown of ' s first Miss Universe title holder, "Susmita Sen".
* Home of the First Indian Woman to swim across the English Channel "Miss Arati Saha" and First Indian Man to swim across the "Mihir Sen".
* Kolkata the largest and the biggest selling outlet of Music World.
* And who could forget that despite all the shortcomings, the difficulties and the pain, the people of kolkata always manage to put a smile of their face. That is why the city is named as "The City of Joy". The people of this city are also known for their helpfulness, their hospitality and their honesty!!
* Kolkata is THE MOST LIBERAL CITY IN INDIA WITH MOST MODERN OUTLOOK TOWARDS LIFE.
* Kolkata is home to the probably the largest number of little magazines in the world. Little magazine is a non commercial magazine which people bring out of passion - without thinking of monetary benefits - breaking their life savings. The life of little magazine is normally 5 yrs.
http://en.wikipedia.org/wiki/Little_magazine_movement
* Kolkata has the highest concentration of artists and litterateurs in India.
http://picasaweb.google.co.in/bomadg/KOLKATATHECULTURALCITYWestBengalIndia#5402813966286179106
* College Street has one of the largest collection of book shops in Aisa. 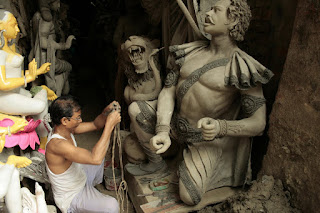 * Kumartuli is probably the most interesting and has the higest concentration of potters anywhere in the world. 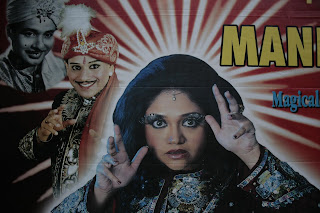 * Kolkata is home of the greatest magicians in India P C Sorcar(Sr.)
* Kolkata is the hometown of one the greatest musicians of India Ravi Shankar and Ali Akbar Khan.
http://picasaweb.google.co.in/bomadg/KOLKATATHECULTURALCITYWestBengalIndia#5402814546080788498
Posted by sourabh at 11:35 AM

I've finally started translating my blog in English, as your Internet just got really fast today! Check it out: pierreinindia.blogspot.com

Still have a lot to catch up with obviously! But I'm working on it.

Also I can't find you on facebook? Are you on there?

About Darjeeling: I'm almost sure to go there from Monday onwards, I had a reply from a CSer who has a hotel there, but he is travelling at the moment and I can use one of the CS rooms in his hotel for Rs100 per night. It's a normal price for a good hotel there so either: a- It's a very good hotel and he's renting it for a cheaper price for CS, or b- He's using CS to promote his hotel!!

So even though I'm not very happy about that I will still give it a go and check out this hotel, and if it's not great I will follow your advice and try finding something cheaper (around Rs50)

Anyway I'm still happy that I got an answer to my CS request!

Take care, see you tonight. Come with me to Some Place Else man!

sourabh said...
This comment has been removed by the author.
Thursday, August 20, 2009

Kolkata is not Susmita Sen's hometown but her father's probably. Or dadur bari ekhane.

your right! it was mentioned not very strictly.

incidentally her dadu was my father's neighbour!

Thanks for sharing it is a Very Informative page, I hope it will be useful for all of us. , Here you’ll find all the necessary points step by step for How to Care Kalanchoe Plant in Summer worth increasing the grace of your home.