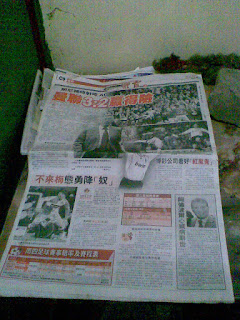 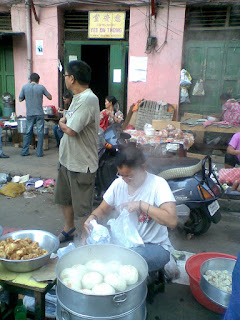 The Chinese has been around in Calcutta since 1783: mostly Cantonese and Hakka migrants. The first chinese At Kin Sun (?) came to India for Sugar Plantation. After him , Achipur near Maheshtala is named. There was a large Chinese Community of more than 500,000 until 1962, the Sino-India War which led to the imprisonment of many Indian born Chinese to Gulag camps in Rajasthan.

Not many Indians know about this tragic past and ill-treatment of the Indian born Chinese which the Indian government tries to suppress til present day.

I happened to see an interesting award documentary called "Fat Mama" , twice, at a film festival where they showed the life of these people and their suffering during 1962.

The Chinese left for other countries after, and what remains of the Chinese Community comes alive on Sunday at Old Calcutta where mostly the Chinese from the Guandong province resides.

The Chinese Breakfast or YumCha is quite unique to Calcutta, it has been around for more than 100 years. Back then was pretty popular with the British and the Chinese Community. This little street called Sun Yat Sen Road, next to Poddar Court, near Central Metro station/Lalbazar. It comes alive around 5.30-6 am when the little stalls start their business.

Only a few stalls are left, selling Pork, Chicken Buns and uniquely Bengali Chinese, huge chunks of Prawn paste and Fishpaste ‘Siew mai’ . Sunday is the most crowded and where most of the Chinese left in Calcutta comes to eat and mingle. Nowdays the stalls cater to mostly Bengali crowd and their taste buds. The dimsum here is a little rough and less refine than what I am use to, but it was tasty and fresh, typically bengali chinese.

How to get there : The place is close to Esplanade, Central Police Station(Lalbazar). The Chinese Breakfast aka YumCha is at Poddar court , along a small lane call Sun Yat Sen Street. The main road is Tiretta Bazaar.

Time : it starts early around 5.30am. I was there around 5.10am when they were just setting up the stalls. It comes alive around 6.30am where trinkle of the local chinese community comes to buy tofu, mocha (rice cake) and dimsum. Breakfast ends around 9am, although, it is best to come before 7 am when the stalls sells out.

for details see http://travel.ullyss.com/ .Everything, except the one in italics has been sourced from her blog. 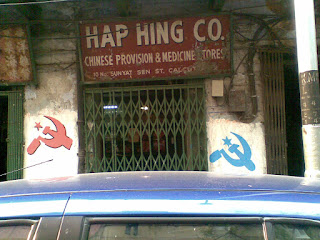 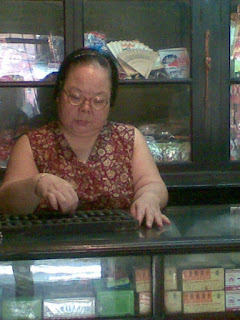 I went their more than once and met Stella , owner of only Chinese grocery store . She still uses Abacus the for calculation!!
Chinese temple nearby on Chattawala Street. 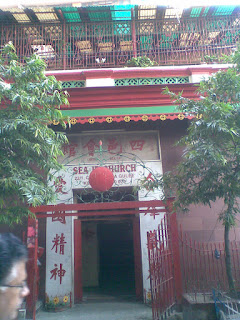