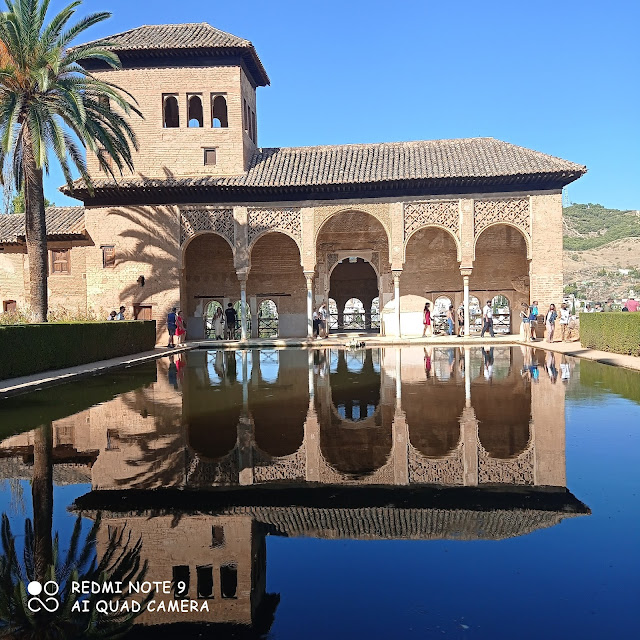 My flight is at 1346 hours by Go First airlines from CCU and reached Delhi at 1600 hours. I left home at 1040 hours from home. It did not take too much time, since the road was empty. Since I had web check in, it was simple. After reaching Delhi (T-1) I left for my uncle's house at Vasant Kunj by bus/auto. I chatted with them and had dinner with them and finally dropped  me at the airport - T3. I can carry maximum 8 Kg as hand luggage. But  as per rule, you are allowed upto 8.9 Kg. Plus a laptop bag is allowed. My flight is at 2.50 hrs. We 6 are supposed to travel to Spain. But none of them could go. One lost his passport. A family of 3 could not go, since their mother is sick. Another person did not get visa. It was rejected on 8.10.22. By mistake he showed Current Account of Bank, though he is on a tourist visa. However I got to know from my Bengali Spanish teacher that Spain ' s visa is commonly rejected.

The plane left at least 30 minutes late from Delhi. I got down at Frankfurt airport at 820 hours (instead of scheduled 7.50 hours) . I am supposed to leave Frankfurt at 0945 hours and reach Barcelona at 1115 hours. Spain is 3.30 hours behind India  The gap between two flights is only 1.45 hours. But there was a huge line for baggage checking and immigration control. I thought I will change the clock after reaching Barcelona - which is a mistake. I should have changed it at Frankfurt and then again at Barcelona. As a result I missed the connecting flight at 9.45 hours, though I tried to go faster, skipping part of the queue. I am not the only one who missed the flight. There is another flight at 1105 hours. They (Lufthansa) re-booked a ticket without any charge. You have tell at the counter please re-book it. Then they will not charge anything. Later I learnt it is very common for people  to miss fight at Frankfurt. There are not many staffs at the airport to guide us, unlike india, presumably because labour is very expensive.

Finally reached Barcelona at  1250 hours. It takes 1.30 minutes to reach Barcelona from Frankfurt.. I took an airport express Bus and finally got down at the heart of Barcelona at Placa de Catalunya. It is like Esplanade of Barcelona. But by mistake I got down at Espanya due to communication gap - which is 1 stop before Placa de Catalunya. They told me to take a bus initially. But later they told me to take an airport express bus, since I came by that bus. The ticket is still valid apparently. I took the airport express bus at a nearby Red ligt stop at Espanya. Though the first bus did not take me, the second bus allowed me since I told them by mistake, I got down here. You cannot use airport express bus twice. Anyways I walked for 10 minutes from Placa de Catalunya to reach my hotel The manager of the hotel is a Pakistani from Punjab. So he talks just like a Pakistani. He told me I am giving you a better room since you are from India. It is a small cute roo.

I planned to to go to Cathedral first. I asked the Pakistani how to reach the Cathedral. Surprisingly he does not know this, though he is staying for quite some time here. Bangladeshi are much smarter. Cathdral is not very far from here. Bascially he has not interest in these things. After I got down I saw a restaurant "Raja" owned by a Pakistani just beside our hostel. Apart from Indian food, you also get Falafel, Durum. I had both. I was quite  hungry. By that time it is almost 2 pm.

The history of Spain is oldest in Europe - it has the oldest resettlement. We know the story of Altamira.