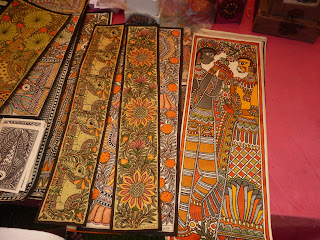 Unknown said...
This comment has been removed by the author.
Wednesday, November 07, 2012

Congratulations on publishing such an informative article. This is a fantastic resource to further our understanding of it. I'm grateful. To know more about Madhubani painting.visit our website.Madhubani painting